The Spazmatics play Belly Up Aspen quite often, including every year when the Food & Wine Classic in Aspen is in town. Well, this year was the first year The Spazmatics were playing the actual Food & Wine Magazine party. Before we hit the stage we noticed Andrew Zimmern, Tyler Florence, Rick Bayless, Michael Voltaggio, Chris Cosentino, Marcus Samuelsson, Tom Colicchio, Kristen Kish and Gail Simmons (just to name a few) in the crowd. It felt like the night was going to be special. We came out “swinging” and the audience became fired up very quickly. The two hour show was wild, out-of-control and a complete success! After the show, F&W’s Vanessa Feimer came running backstage, “Are you fu***** kidding me? That was insane! We do a lot of parties, but that was off the charts! Do you all want to go to the Classic Cook Off tomorrow?” Hell yeah we do!! 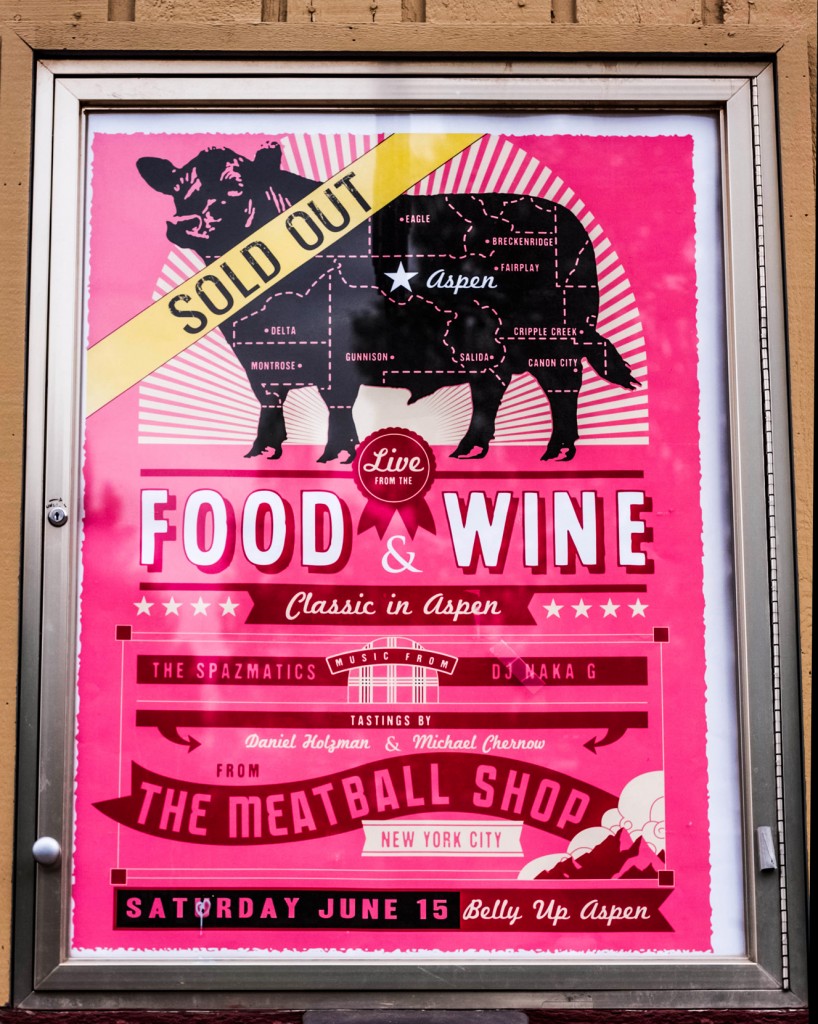 We were also honored to get to meet Food & Wine Magazine’s editor-in-chief Dana Cowin and publisher Christina Grdovic backstage! Later, having our traditional after-show slice at New York Pizza, we loved all the hype tweets about our show from Tyler Florence! 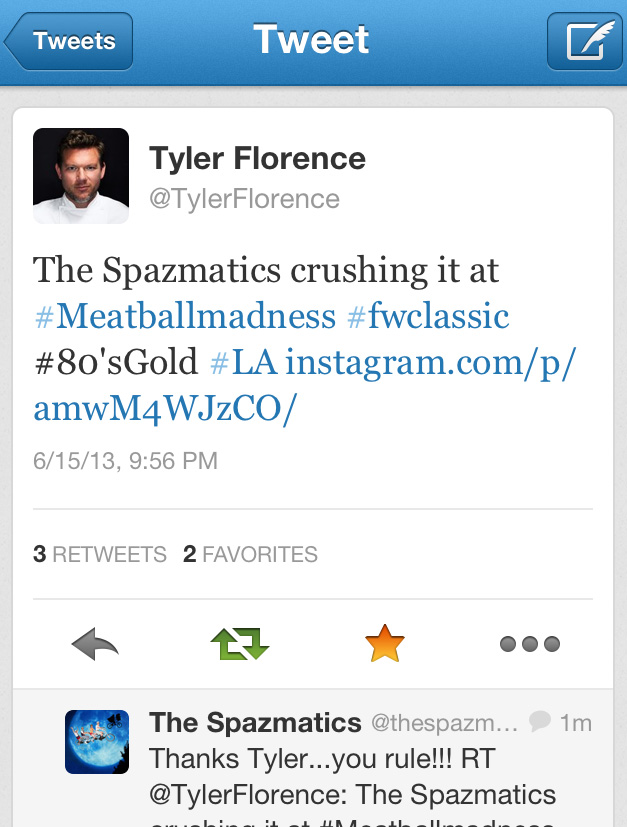 A little fuzzy from the night before, we met Vanessa Sunday morning in the lobby of The St. Regis Aspen. As we were briskly walking down to the ballroom where the Classic Cook Off was taking place, she said she needed one member from The Spazmatics to be a sous chef for Iron Chef Geoffrey Zakarian! We all appointed our bass player Don Wilkinson.

So there we were, sitting second row at the Classic Cook Off…sitting next to chefs Mario Batali, José Andrés and Tom Colicchio. A little surreal, especially the way we were feeling. We met a lot of really cool people and the Classic Cook Off was about to begin.

Sissy Biggers introduced chef Andrew Zimmern and Iron Chef Geoffrey Zakarian first. Then actress Allison Janney and our very own Don Wilkinson are introduced. The Cook Off begins and we watch the teams battle it out. They are chopping away and we must admit, Don has some good knife skills. At one point, famous chef Jacques Pépin gets on stage and gives our Don a pat on the back…wow! In the end Team Zimmern won.

A huge thanks to Belly Up and Food & Wine for having us!